Popular Nigerian actress, Mercy Aigbe has joined her husband, Kazim Adeoti, in celebrating his son with his first wife as he clocks a new age.

The movie producer took to his Instagram page to celebrate his son, Jamal, on his special day today, July 21. 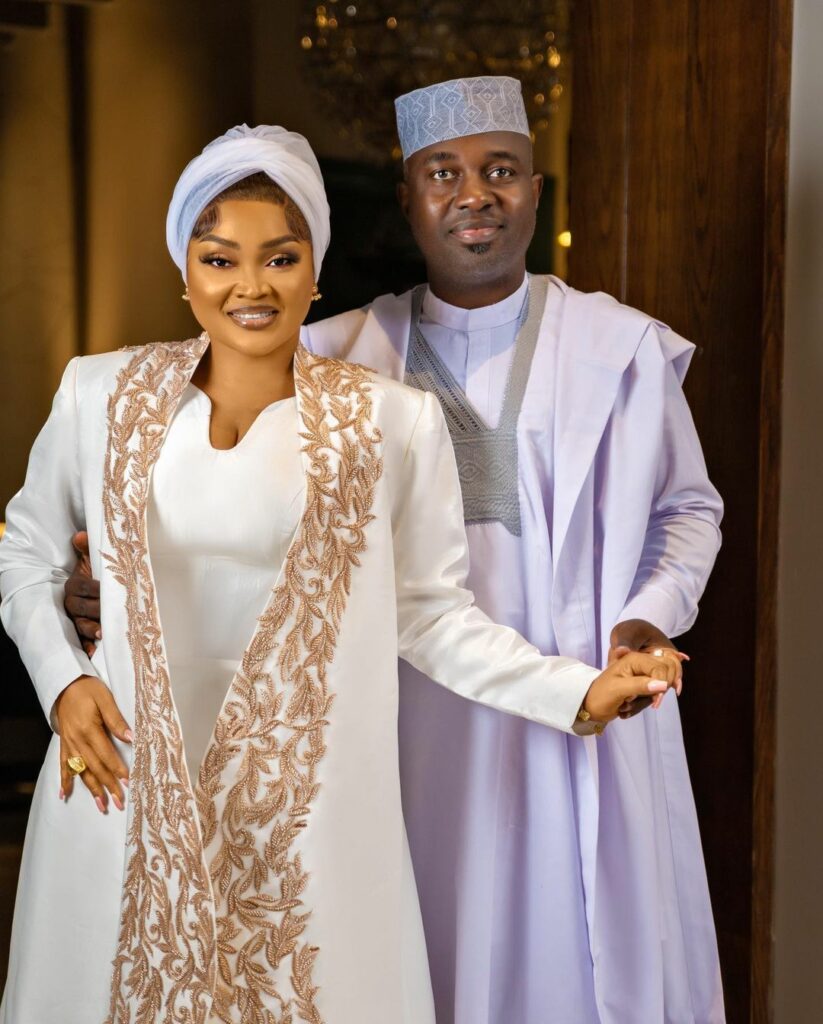 Many celebrities trooped to the comment section to wish Jamal a happy birthday, and Mercy Aigbe also joined them to celebrate the celebrant.

She penned a short and concise message accompanied with a love emoji to celebrate her stepson.

The follows the online squabble that ensued between Mercy Aigbe and Kazim’s first wife, Funsho Adeoti, after she got married to the movie producer earlier this year.

Funsho had accused the actress of having an affair with her husband for years despite being her friend. 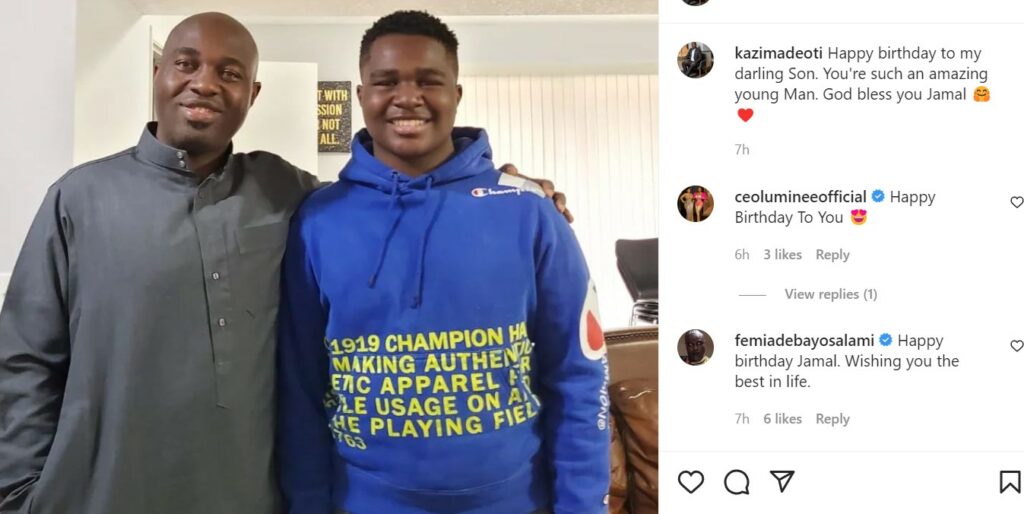 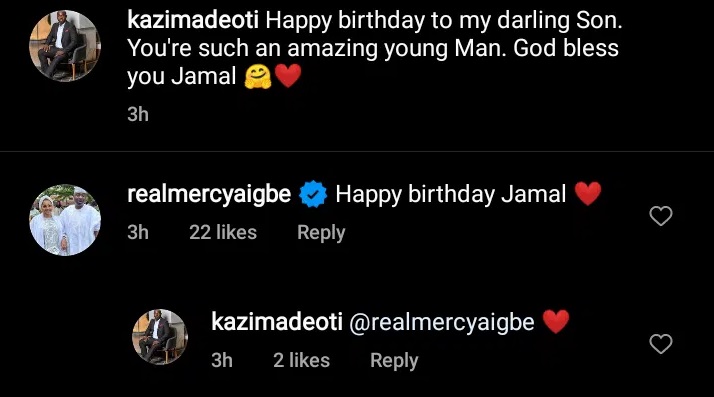 A while ago, Mercy Aigbe revealed that she’s considering converting to Islam while she gushed over her new mode of dressing.

The mother of two, who recently tied the knot with movie producer Adekaz, who’s a Muslim, made this revelation in an Instagram post on Monday, July 4.

According to her, she is enjoying her new mode of dressing and may ultimately decide to become an Alhaja.