This comes days after she went online to revisit her old beef with the thespian who passed on to glory on Sunday, July 17, after she slumped in Delta state. 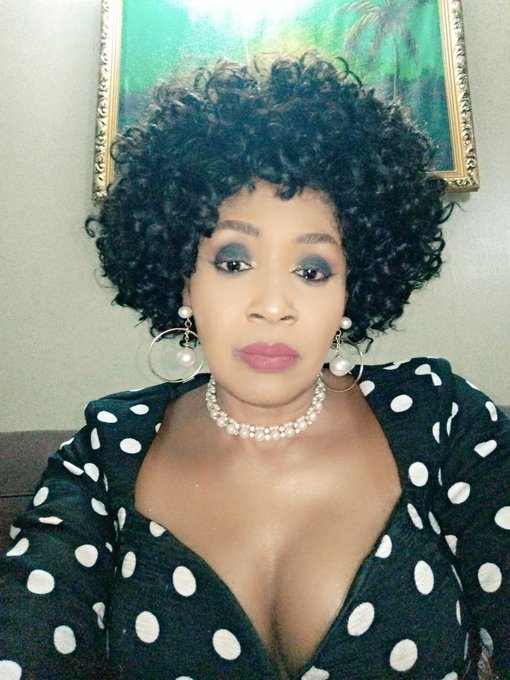 It would be recalled that in December 2021, Kemi and Ada Ameh had an online squabble after the former made a ruthless claim about the 12-year-old student of Dowen College, Sylvester Oromoni, who died after he was allegedly beaten by his seniors for refusing to join their cult.

While there were contradicting reports about the cause of the youngster’s death, Kemi Olunloyo claimed Sylvester willingly agreed to be beaten by his seniors because he wanted to be a part of their cult.

Kemi’s comment about the deceased student aggravated Ada Ameh who lost her only child in 2020, and she took to her Instagram page to slam her for speaking ill of the dead and for undermining the pain of losing a child. 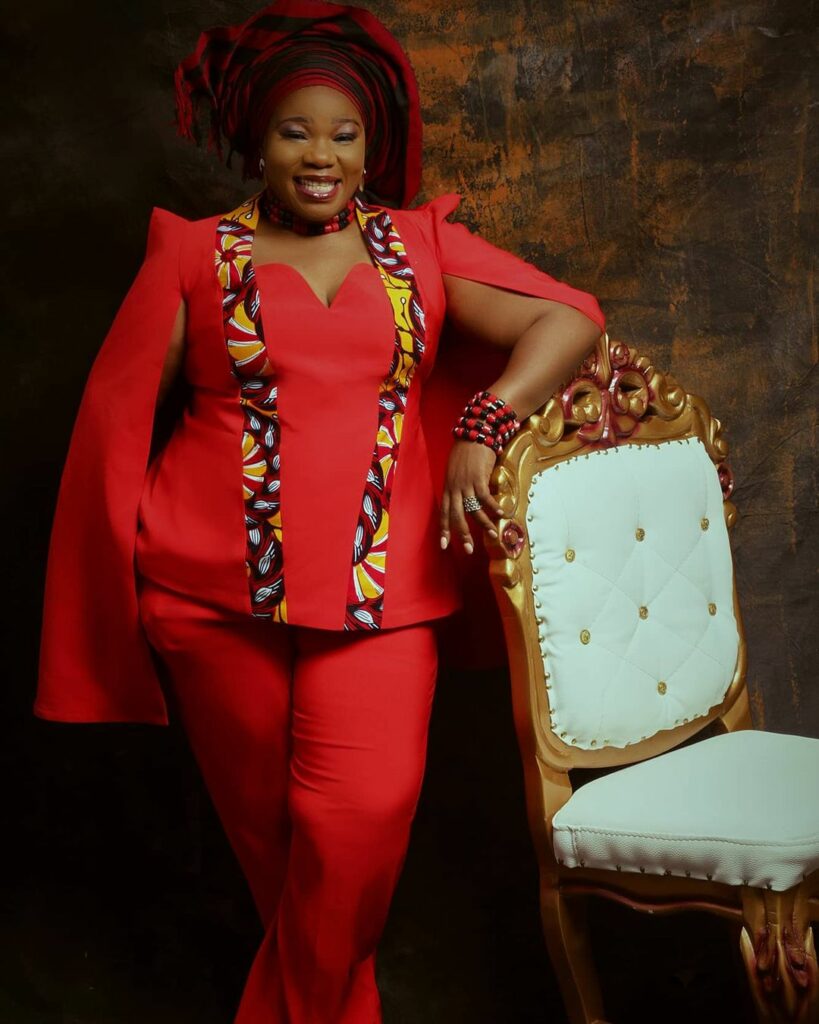 Ada Ameh also drummed support for Kemi Olunloyo to be beaten and taught a lesson so she would stop her uncouth ramblings on social media.

Well, following the death of the actress, the controversial journalist went online to seemingly gloat over her death and said God has vindicated her.

She claimed she met Ada Ameh once and she was a bully but people would not speak about that side of her because she’s dead.

Kemi also alleged that Ada Ameh was poisoned to death and advised her family to conduct a postmortem examination to unravel the real cause of her death. 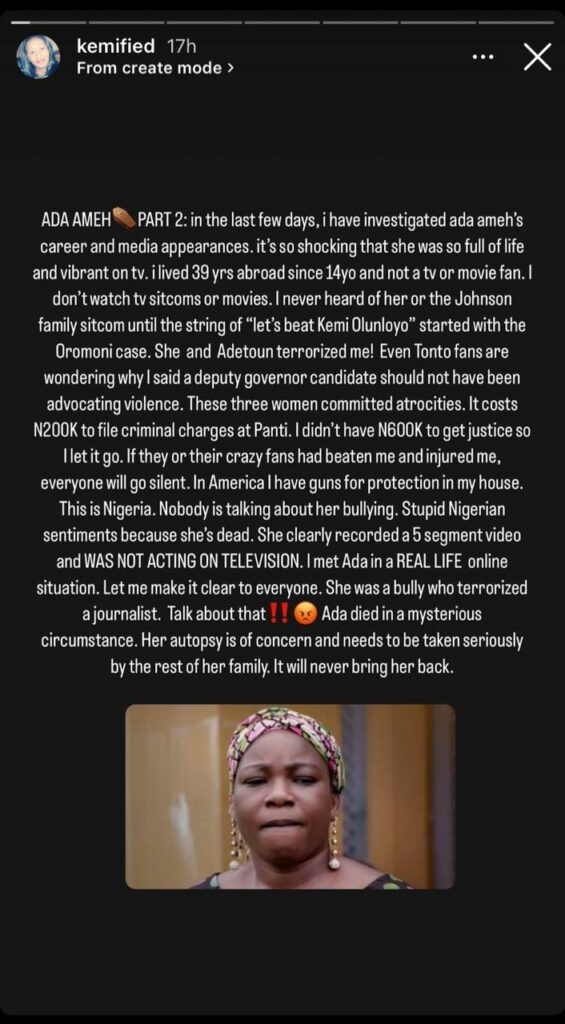 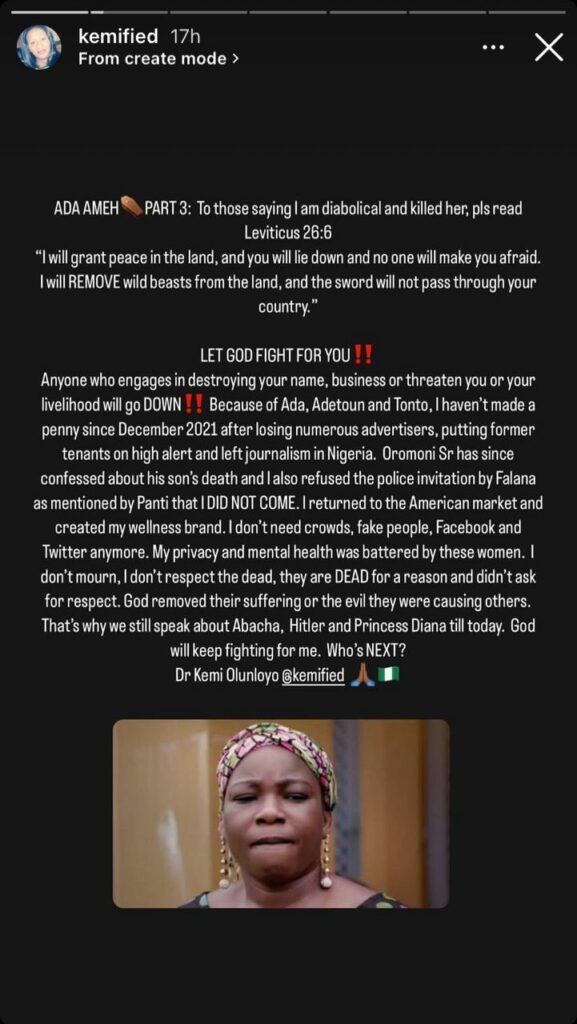 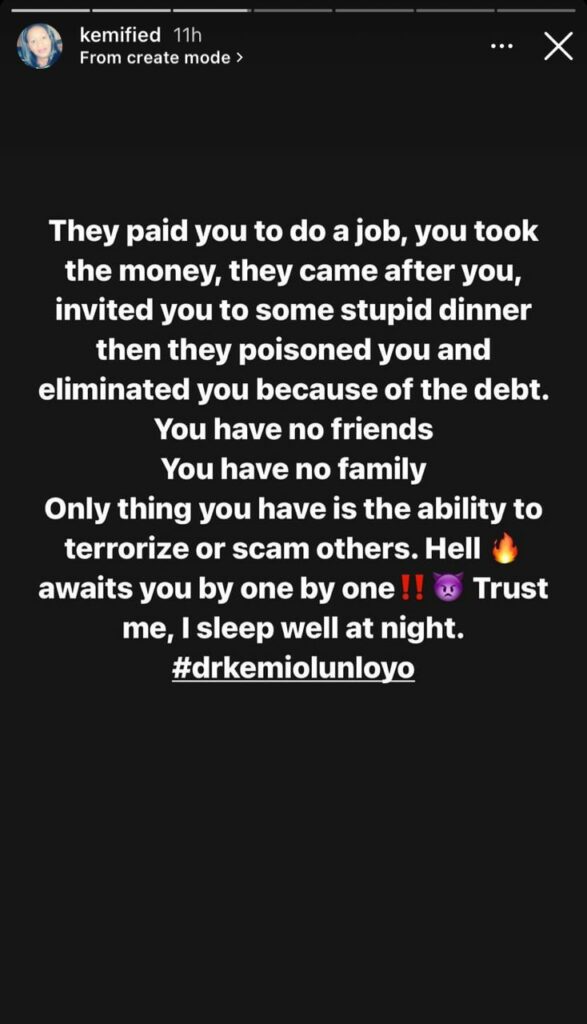